In a ceremony at the Queenstown Public Works Facility at 120 Skipjack Cove Lane on Saturday, November 2, 2019, the Queenstown Commissioners dedicated the facility in the name of E. Lane Cole.

In May 1991, Lane Cole became a Town Commissioner of Queenstown, dedicating his time and service to our residents for one initial term.  He again ran for office and was re-elected in 1998, serving until August 2001, at which time he became the Public Works Director for the Town.

From August 2001, until his retirement in December 2017, Mr. Cole was instrumental in coordinating, directing, and assisting contractors in day-to-day projects, as well as our large capital projects, such as installation of water meters to all properties, two new town wells, replacement of water and sewer infrastructure, street paving, and our largest project to date, the new wastewater treatment plant.  Mr. Cole always took pride in any project or task he undertook, but the new wastewater plant is his pride and joy.

Since retiring, Mr. Cole has made himself available to assist town employees with public works projects, fill in when employees are absent, and oversee ongoing capital projects.

With this in mind, the Town Commissioners of Queenstown are honored to dedicate the Queenstown Public Works Facility in the name of E. Lane Cole. 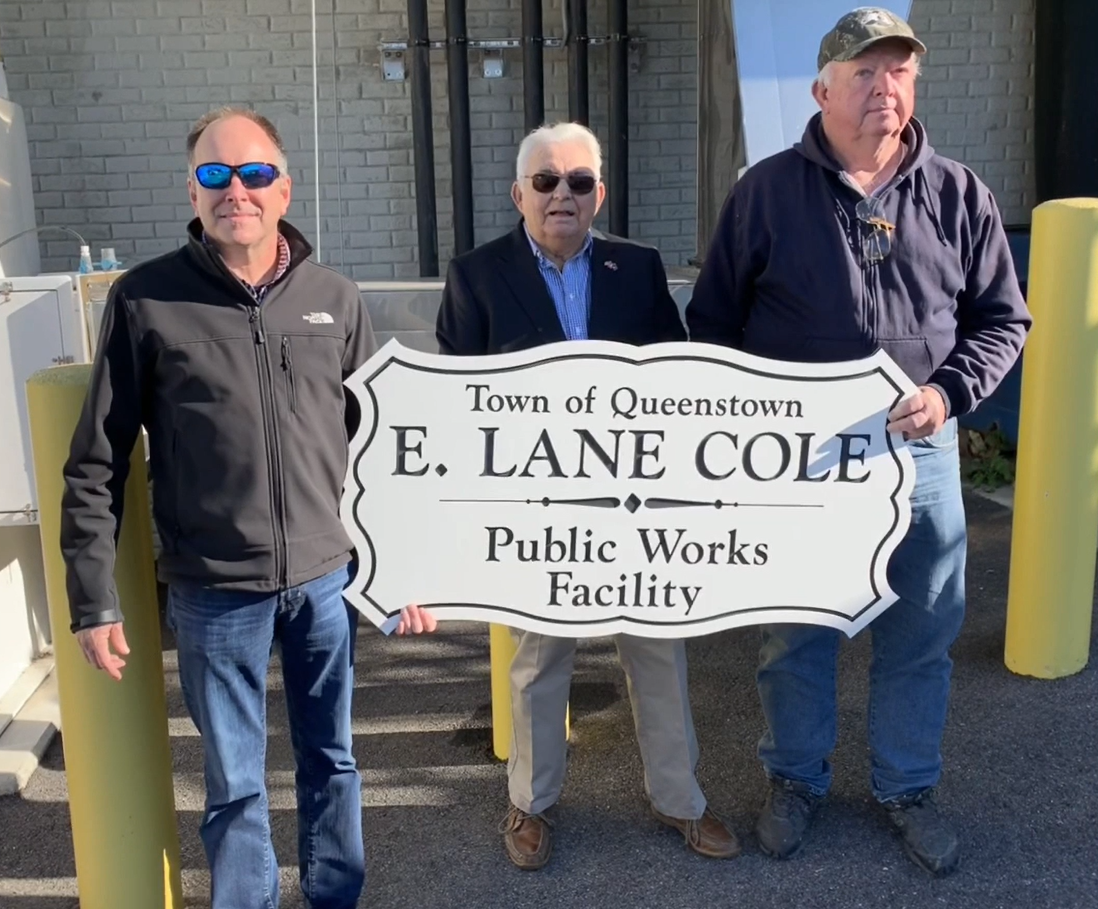