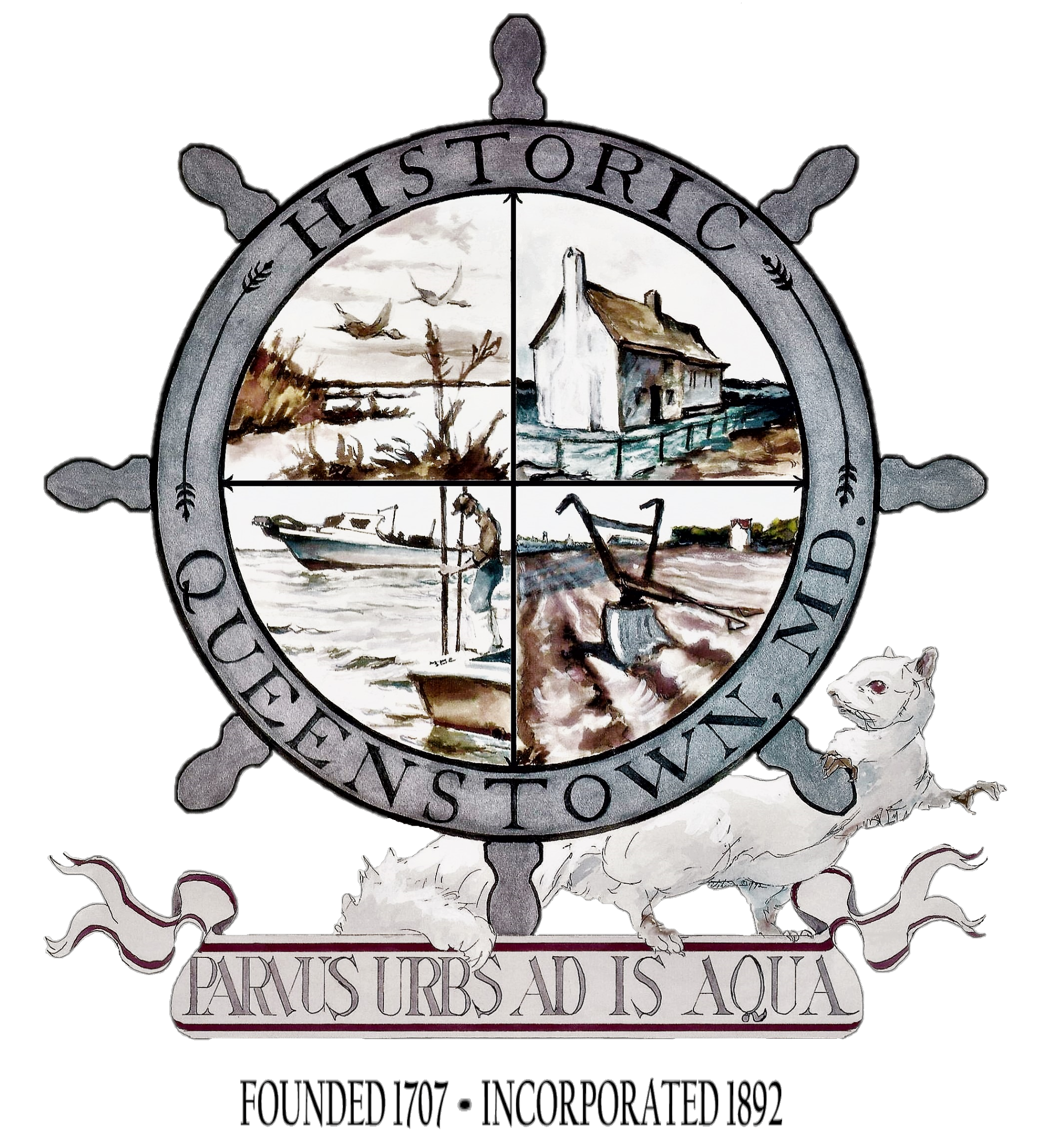 “Parvus Urbs Ad Is Aqua”
(Little Town on the Water)

Queenstown was the home of the first County seat in 1707, and in 1708 the original Courthouse was built. The County seat remained here from 1707-1782, at which time it was moved to Centreville.

Queenstown was the first and only town in Queen Anne’s County to be attacked by the British during the War of 1812. The attack, which occurred in August 1813, took place at the “Bowlingly” estate. The estate and its contents were significantly damaged by the British before they moved on to Kent Island. Today, “Bowlingly” still exists as a private residence.

After having survived the War of 1812, a fire that almost destroyed the town in 1820, the Depression years, and the Mexican and Civil Wars, Queenstown still kept moving forward.

In the early to mid-1850’s, Queenstown was a stop for many steamboats, which would bring goods to the town and carry passengers up and down the Chester River and to Baltimore.

Today, agriculture and seafood harvesting are the dominant economic factors in our area. Retail shopping outlets, located in Queenstown, and the Queenstown Harbor Golf Links, adjacent to the Town, are also thriving and bring many visitors to the Town. 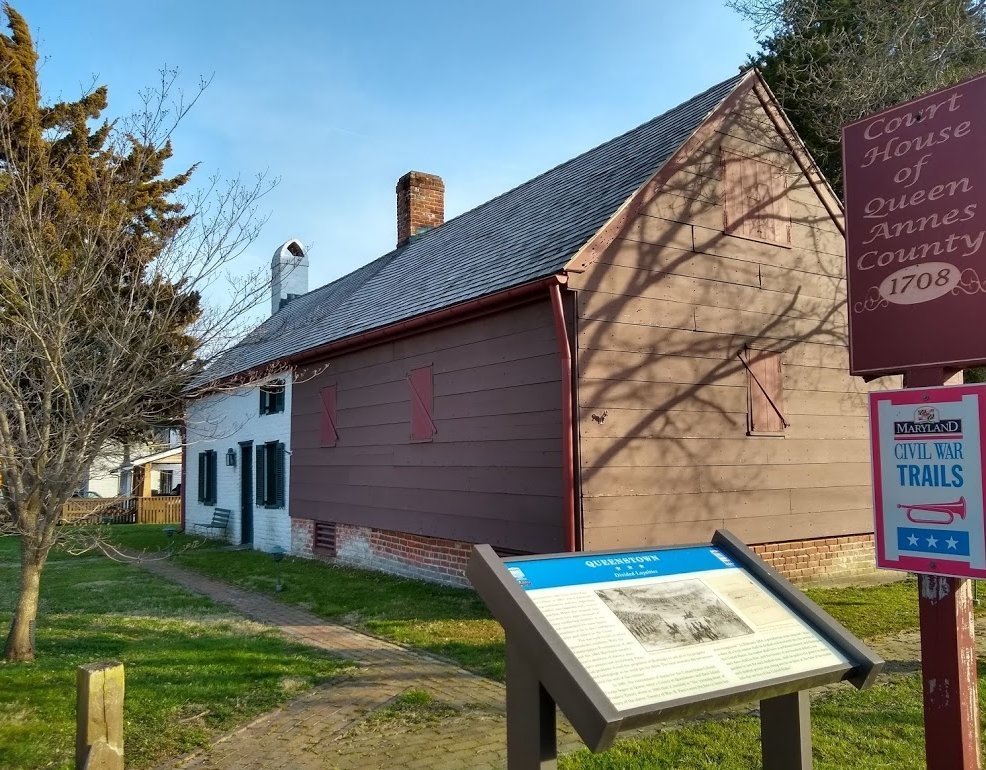 In January 1977, the Board of Town Commissioners acquired the original Courthouse property, which following the county seat moving to Centreville in 1782, had served as a home, warehouse, drug store, grocery store, restaurant, beer parlor, post office, and an antique shop. Prior to 1977, the Board had established the Queenstown Historic Preservation Committee for the purpose of securing and restoring the property. Over 400 individuals and businesses assisted with the restoration project. The opening of the restored Courthouse took place on May 5, 1979, and from spring of that year to August 2002, part of the building housed the Queenstown Town Office.

Today the restored Courthouse serves as a tourist attraction for those people who wish to take a step back in time. Much of the surroundings are original, such as the horizontal oak wall sheathing and some of the weatherboarding on the end walls. The flooring, originally a typical earth floor, was later updated to wood. The frame structure dates to 1708 and the brick section was added between 1820 and 1840, well after the 1782 transfer of the county seat to Centreville. It was at this court in 1765 that William Paca was admitted to practice law in Queen Anne’s County. It was also here in 1718 that a whipping post was erected and Katharine Langton was given 20 lashes, and others were confined to the stocks, branded, or faced the hangman’s noose at nearby Gallows Field, which had been located just south of the courthouse.

The Courthouse is open the first Saturday of every month from May to October. For more information, please visit the Historic Sites Consortium of Queen Anne’s County website or contact the town office at 410-827-7646.

Thank you for your support!